Having a good band name is really important. It not only needs to reflect your style of music, but it also has to align what’s current and hip.

When potential fans of your music hear or read your name, you want them to think “that sounds like something I may like” and therefore give you a listen.

If you’re a heavy band, the name “Skankin’ Saxophones” probably isn’t going to strike a chord with your average metal fan, and on the flip side the name “Chainsawed Foetus of Hate” isn’t going to have Ska Punk fans jumping on Google to look you up.

Below is a summary of pretty much every “cool” band name trend of the last 20 years. Enjoy…

2007: The Metalcore years – Verbing the noun

2015: The Dark Pop years – Actually vowels are okay but Vs are cooler

Have a feeling on what’s going to be the next band name trend? Think I’ve left a particular trend out of this list? Let me know below in the comments. Cheers. 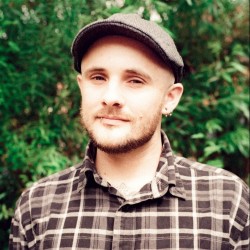 Callis
Dan Callis has been working in SEO since 2011. In that time he has been published on Moz and SEMrush, as well as delivering SEO talks for conferences and businesses. He has previously worked with Vertical Leap, StrategiQ, Branded3, Further and Netmums.